2017 was the biggest year yet for Open Sourcing Mental Illness, LTD. We wanted to share with you some of the things we've accomplished and what we as an organization and our community of volunteers have been able to do to spread the word about Mental Health in the tech industry.

We published our 2017 Mental Health in Tech survey results to Kaggle.com, a data science platform: Kaggle Volunteer Cristina Keelan organized a lot of great work around analyzing the results from the survey. Ed Finkler went to Google and did a talk as part of Google's "Talks at Google" program.

Several of the volunteers travelled to sunny Miami in February for the SunshinePHP 2017 conference. Gary Hockin, Ed Finkler, Joe Ferguson, Amanda Folson, and Matt Trask were all speakers at the conference.

In march we premiered our new video "Supporting Mental Health in the Workplace: Creating a Culture of Support" on YouTube featuring Dr. Jennifer Akullian, Dr. Johanna Wu, and Emily Carter as well as our founder Ed Finkler. OSMI invaded the annual MidwestPHP conference in Minneapolis, Minnesota where Ed Finkler, Joe Ferguson, and Gary Hockin all spoke and hung out at the OSMI booth and talked to many peolpe about the organization.

Volunteer Amanda Folson gave a talk "Silence is Deadly" on CoderCruise, a conference on a cruise ship in July. We also started an OSMI podcast that has been slow going, but hopefully we'll be adding hosts soon to get more traction and content produced. We also have volunteers working on an update to our Guidelines for Metal Wellness in the Workplace we hope to release in 2018.

All totalled OSMI volunteers spoke at over 35 events in 2017 mostly in the United States and Canada, but we also made appearances in Europe as well. On average OSMI contributed to the travel expenses on nearly half of these events. Ed Finkler spoke at 20 events, Nara Kasbergen tried to keep up with him clocking in an amazing 11 events. Mark Railton brought OSMI to his local user group in Dublin, Ireland and Allison Tarr spoke at WordCamp Halifax. Nara Kasbergen and Jennifer Akullian were also a part of a panel at the Grace Hopper Celebration.

We also had an amazing fundraiser in 2017. We broke all of our previous fundraising records and raised just over $50,000. Much of our fundraising goes directly to sending these volunteers to many of these events which are not able to cover speaker travel. We also had a direct sponsor to pay Ed to work part time for OSMI each month.

php[world] was the last "big" event where we had many OSMI volunteers in attendance. I personally had a very humbling experience seeing so many OSMI shirts, hoodies, and stickers around the conference. We started a new tradition at events with many volunteers we're going to start doing a big group picture of everyone who has OSMI swag.

I'll leave you with one of the images from #phpworld as it sums up how amazing I feel about the year that OSMI has had. Thank you to every single person that came to a talk, donated to a fundraiser, or told a friend about what we do.

Take care of each other. 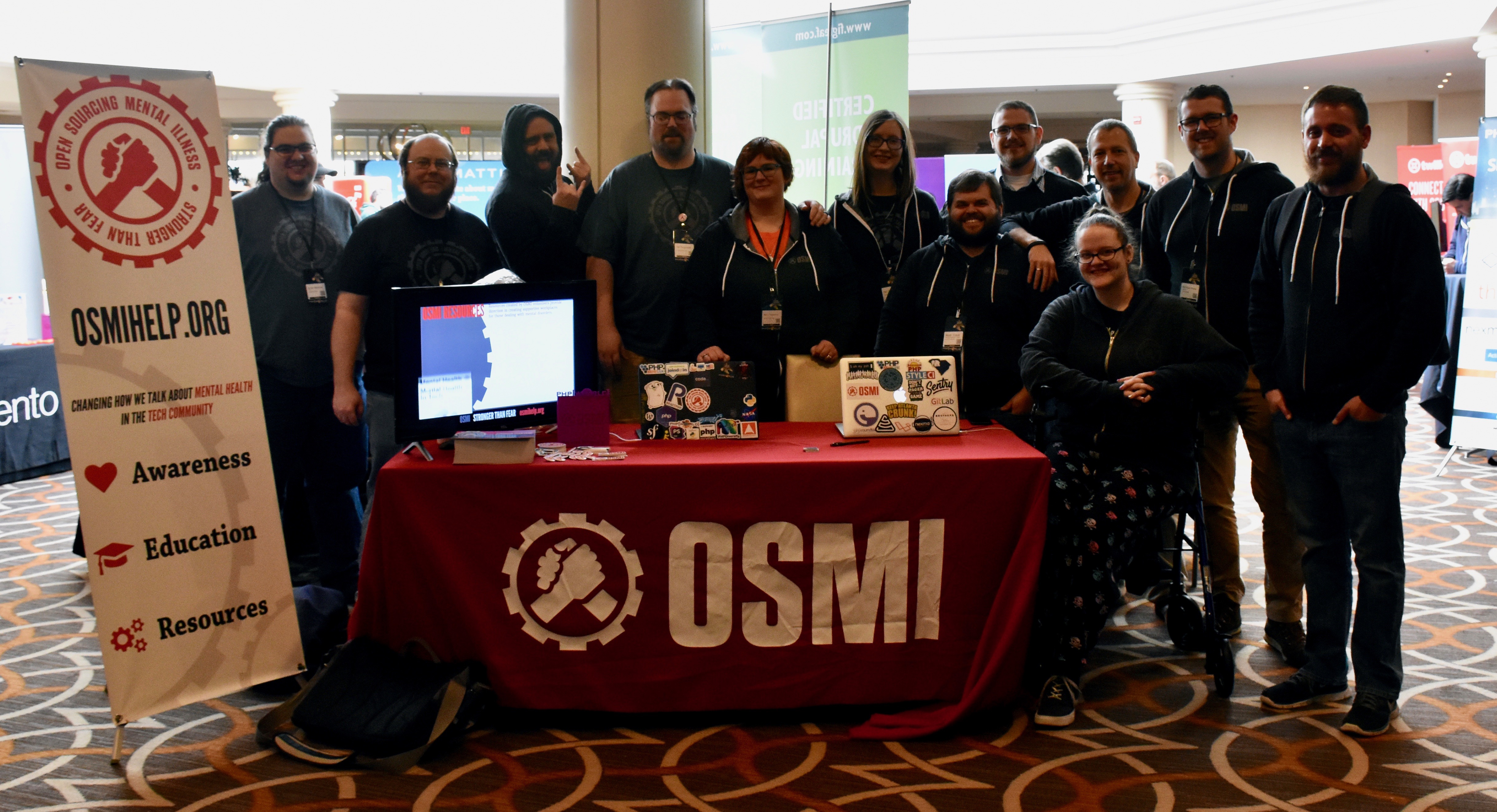